God has given JLM an extraordinary new opportunity to reach millions of unreached Muslims around the world.

Through a divine appointment with the founder and President of Alkarma TV, the door has opened to broadcast a live weekly television show to the world.

Alkarma, which is the Arabic word for “the Vine” based on John 15, was founded 20 years ago in response to the tragic events of 9/11.

You can read the amazing story here: “Birthed in a three-car garage, Alkarma TV is now reaching Arabic-speaking viewers in America and around the world”.

Imagine a television and online platform that reaches:

● The Muslim world of nearly 1.8 billion people via 14 satellites covering 98.9% of the world, with programming broadcasting 24/7 on seven channels proclaiming the gospel and making disciples.
● 35-65 million homes/satellite viewers every month.
● More than 100 million unique IP addresses accessing programming annually through Apple TV, Roku, and the Alkarma app.
● Approximately 400 million people watching at least one Alkarma broadcast at any given time.
● 3 million people last year via social media with more than 600,000 engagements and 250,000 private messages.
This is Alkarma Television, who is providing this far-reaching platform for a live television show broadcast from the heart of New York City.

“Good Morning World” is expected to have an audience of 5-10 million weekly viewers based on Alkarma’s current research and projection.

The show will air on a new next-gen channel targeting young Muslim-background and English-speaking viewers globally.

Broadcasting live on Saturday mornings, “Good Morning World” will present a “Today Show” type format to viewers living in the US and abroad.

The program will address issues of most importance to a world in need of faith and transformation.

The gospel will be shared in creative ways to believers and non-believers alike. Viewers will be invited to dial in to a call center where they can ask questions and be given further resources and prayer.

Based on an independent audit, AlkarmaTV estimates that for every $1 invested, 1,000 people hear the gospel of Christ 24/7 for 30 days.

We would love to have you join us as a partner in this exciting new project!

You can get involved through prayer, through offering your talents as a resource and by investing in Jordan Lewis Missions (Alkarma Fund) which is bringing the Gospel to the unreached people of the world. God will no doubt use Good Morning World to reach millions and by God’s grace, see countless lives turn to Jesus for hope and salvation. 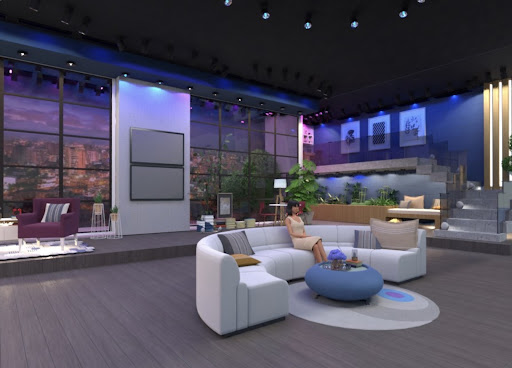 Donate Now
All donations go 100% to the JLMF projects and are tax deductible through 501c3 status.