The Unreached Among Us

It’s an honor to introduce you to my good friend, Greg Ford. Greg and his family have been veteran missionaries and strategists for many years, working overseas with the Unreached in dangerous nations. A few months ago, something shifted for Greg as God gave him the heart to start an Arabic-speaking church in New York City.

“Where do you want to go?” he asked as I climbed into the taxi. His accent indicated he was most likely from a foreign country (which is normal for the Big Apple). I thought the driver was Middle Eastern and upon my asking, he revealed he was from Yemen. “How long have you been in the USA?” I asked, trying to seem casual and not overly interested. His answer of “seven years, but I just returned from back home” brought a smile to my face.

Through my friends Ron and Lynette Lewis, a little over a year ago I became aware of the significant number of foreigners from Unreached People Groups who are living in the USA, specifically in New York City. God had touched my heart this past year, and now I was back in the City again, only a month after my earlier trip.

Sixty-nine different Unreached People Groups from around the world have members either working or studying in the NYC metroplex. They are not always in the USA for an extended period of time, and like most of these unique foreigners, they make frequent trips back to their homeland.

This is what piqued my interest. As I continued to ask questions, I learned he was from a Muslim Unreached People Group. If you can reach someone like my Yemeni taxi driver for Christ, the ripple effect back to his homeland and others within his ethnic group is significant.

Muslims make up 99% of the population of Yemen and they are particularly resistant to Christianity. However, once they come to the USA, there is an open door to befriend them and share Christ.

Through my friendship with Ron and Lynette Lewis, I have recently partnered with Jordan Lewis Missions to lead a three-year project to plant an Arabic speaking church among Muslims in Queens NYC.

My passion has always been for the least-reached, now I was riding in a taxi with someone from an Unreached People Group who was in New York City! Though my taxi driver didn’t make a decision for Christ, I was able to pray for him and get his name and phone number.

I believe God’s heart is for there to be an indigenous church among these wonderful people. Thank you for your prayers as we boldly go where few are going, to the lost Unreached Peoples of New York City.

As I read my friend’s account, I’m reminded that just two weeks ago a Muslim extremist, a terrorist from Uzbekistan, ruthlessly murdered innocent lives in downtown New York on a popular bike path near the Hudson River. My entire family did a bike ride there this past July 4th. We all grieved and still do. Simultaneously, I was also reminded of a Muslim Uzbeki family who represents something different. Three years ago the Lord redeemed them and they now serve God with all of their hearts and attend our Russian speaking congregation. They were baptized and are being discipled as Jesus followers. It’s a tale of two different worlds. A Muslim extremist who brought death and a Muslim family who lives in the joy and power of the Holy Spirit, bringing joy. 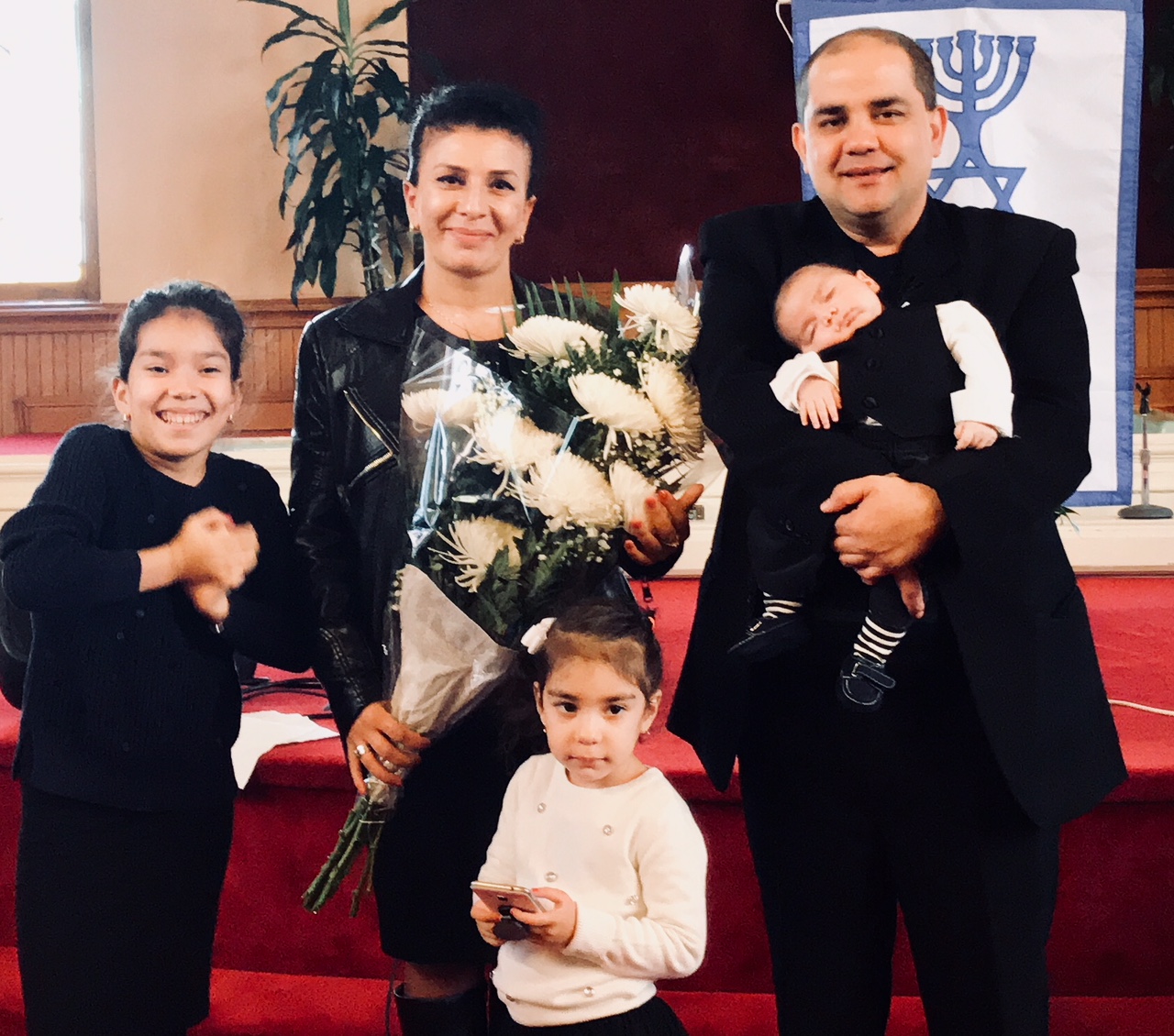 Pastors Inna and Misha Edelstein of Every Nation NYC led a Muslim family from Uzbekistan to Christ the Savior. As immigrants to New York City this family has been blessed in countless ways as they’ve encountered the grace and healing of God as revealed through Jesus. They worship with Ohr Yeshua, an ethnic-linguistic site church of Every Nation NYC in Brooklyn.

NYC is sometimes referred to as “Mosque City” with nearly 300 mosques. An estimated 800,000 Muslims live in the Region. With Greg’s leadership in NYC, we fully intend to reach more Muslims with the Gospel. We do believe this will make a difference. This is only possible with the help and support of our JLM partners. Thank you for your prayers as we are endeavoring to fund projects that have the potential to make a difference in the lives of many. It’s time to share Isa (Jesus) with the Muslims of New York!

To partner with us for this project or others, contact our Jordan Lewis Missions Director, Wayne Graham at [email protected] or give here.