The Triumph of Jordan Lewis

In honor of the 3 year anniversary of the passing of my son Jordan, I have written this blog. This is the third part conclusion I promised to share.

Part one was The Tribute to an extraordinary young man, missionary, businessman, brother, husband, and son. Jordan was a remarkable person and not enough good could be said about him. Part two was a reflection of The Trial, the torment, and agony of losing a loved one. This third final blog is The Triumph.

It has often been said, “It’s not the years in your life, but the life in your years that counts.” That’s why the number 23 is special to me (for the Sports enthusiasts, it has nothing to do with Michael Jordan’s legendary number 23). MY Jordan lived a full life for 23 years. His sense of adventure, his courage, his manliness, his fearlessness, and his great faith in God all remind me that he lived a full life, though shorter than we wanted it to be.

His life was full in every sense of the word, and now that it’s ended on earth, we still feel a gaping hole, someone is missing, and we continue to weep and mourn on occasion. Yet there’s another side of this too: his triumph. Jordan still lives. He lives in another place that’s described in Scripture as, “in the presence of the Lord.” For those who know Yeshua, that says it all … just one little touch of the presence of the Lord changes everything. And eternal life in His Presence is our eternal hope as believers in the Gospel. 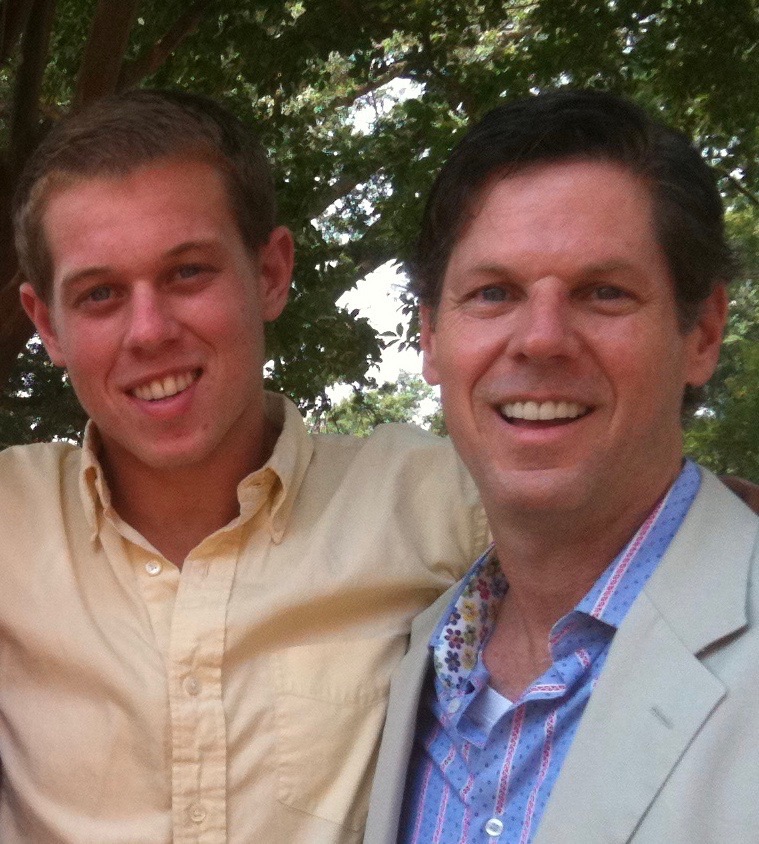 Jordan’s triumph continues in many other ways too. His legacy is now much like a beautiful and fruitful plant that’s popping up out of the ground. We still meet people who let us know that Jordan was their first introduction to the gospel and the kingdom of God — not religion, but a relationship with God. In addition, there’s a church in a village in Tanzania that was founded when Jordan and the few others from the ORU “Man Team” went out and built a clinic. They started a first ever church with a gospel-centered mission with the villagers who had never heard about Jesus. It was an Unreached People Group where none of them knew the Lord. Jordan Carter, the young missions leader shared the story here.

All of this has been so encouraging to me and my family. But in addition, and nearly incomprehensible, the Jordan Lewis Missions Fund has been blessed beyond measure. Three years ago when Jordan passed away from his long and arduous battle with cancer, cards and flowers began to pour in to Jordan and Cady’s apartment. Their apartment began to look like a florist shop. We couldn’t even open all the envelopes for weeks and months, both there and at our home church, King’s Park, in RDU. In the classic style of the millennials, Cady, along with Jordan’s friends and brothers, said, “Jordan would much prefer everyone send money to the “Man Team” than have all of these flowers floating around!”

That simple moment had a profound impact, and Jordan Lewis Missions (JLM) was born — a gospel-mission strategy focusing on the unreached — which has funded and helped strategize reaching those who have no opportunity of ever hearing the glorious gospel without help. This “help” can be as simple as advice, or a strategy, or financial resources to fund qualified people to go and/or send resources targeting the remaining 475 people groups around the world who have yet to hear the good news of Jesus Christ.

To date, in the last 3 years, more than 20,400 who had never heard the gospel, did through three of our projects. Nearly half of these were baptized in water. To the very best of our knowledge, through first hand and vetted reports, 679 life-giving underground/house churches have been born. This represents a few in Nepal, hundreds in Pakistan and equally in Saudi Arabia, several in other middle east nations, and a couple in North Korea, China and one in Tanzania. Glory to God!

This news is a great surprise to all of us. Cady, Jordan Carter, Carl Roth, my three sons and the others involved in JLM launching, stand in awe. But then again, we all knew Jordan and knew that everything he touched ended up blessed and multiplied. For the many who gave unsolicited gifts to JLM in honor of Jordan, one day in heaven you will not only see Jordan again, but understand better the fruit of your financial investments.

Yes, Jordan’s life was triumphant, and so was his death. He finished his race so well, with so much faith and joy, even amidst his great suffering. This great quote supposedly from William Wallace reminds me of my son, “Every man dies. But not every man really lives.” Jordan really did live… and his name and legacy live on. He epitomized this verse penned by the disciple John whom Jesus loved: “They triumphed by the blood of the Lamb and by the word of their testimony; not loving their lives even unto death.” Revelation 12:11