9/11 is a date forever etched in our minds. A week ago, we soberly walked through the 18th Anniversary of this devastating attack. Everyone knows the horrific story of radical Islamic terrorism. But, here’s a story most don’t know…

More than 800,000 Muslims who are nothing like the radicals we saw on 9/11, live and work here in NYC. Like Christians, they range in their level of faith. Some follow the rules of Islam, yet most do not. They call themselves Muslim because that’s all they’ve known.

A few years ago, a woman in Queens who we will call Fatima (to protect her privacy) was praying for bandwidth to become a more devout Muslim so she could get to heaven after she dies. Her only obstacle was that her husband needed her to work night and day in the family business.

After many days of prayer, she got the courage to ask her husband to let her go the Mosque and pray. When he told her, “No,” she prayed, “Allah, it’s over, what more can I do?”

Two days later, Christian missionaries knocked on her door, told her about Jesus, genuinely befriended her, and after five years of friendship led Fatima to Jesus. Her life was completely changed and now her family is also being touched by God, one at a time. Recently, I (Ron) met her husband and prayed with him. He was moved and touched by the presence of God.

Fatima has become a fervent evangelist. She is engaged in daily ministry to other Muslims and more than 30 Muslims have become followers of Jesus! Micro churches (where small groups gather) have launched. One of these led by Fatima, meets at 3:00 am a couple times a week.

In spite of countless obstacles and even threats, Fatima is unstoppable in her faith. She joins the ranks of our other JLM on-the-ground disciples in Syria, Jordan, Pakistan and Indonesia. She is on the frontlines full-time thanks to funding from you, the partners of Jordan Lewis Missions. You are making these life-changes possible! 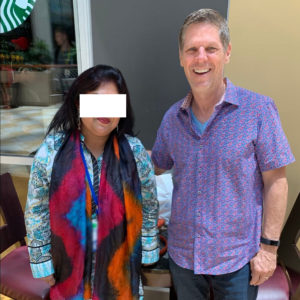 Fatima was greatly inspired at our Every Nation Global Conference. 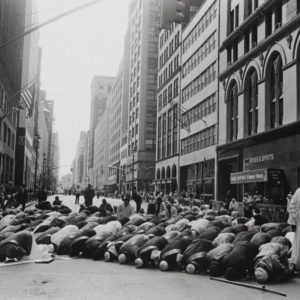 NYC is sometimes referred to as “Mosque City” with nearly 300 mosques.

Dr. David Garrison, a scholar in Islam and the spread of Christianity among Muslims, has written a well read book called “Wind in the House of Islam.” His research reminds us of the necessity and urgency of supporting those like Fatima in Muslim communities.

A more detailed article by Dr. David Garrison can be found here.

Will you join us in these efforts to reach Muslims? Will you pray and/or give to help Fatima be fully funded at $2,500 a month? Perhaps you can support her with 5% or 10% of her monthly need, or even just $25 a month will mean lives changed through the Gospel. More than anything, please pray for her.

Your partnership with JLM is deeply appreciated and means more souls saved and trained for Jesus. We will stay right by Fatima and keep you, our beloved co-laborers, abreast of all God is doing.