Let's Reach the Middle East Together

“You’re telling us that we were risking our lives and willing to die for a lie but now that we have the truth of God we can’t?”

The quote above was from a former radical Muslim named “Hamza” who converted to Christianity and was told when he surrendered to Jesus that openly preaching the Gospel in his nation was not only dangerous, but impossible. This is one of many stories shared by various JLM partners that both stirred our faith and provoked action at the 2nd annual Middle East Strategic Summit. All across the Middle East men and women of faith are rising up to preach the Good News despite terrible opposition.

We rejoice that nearly $100,000 has already come in to support the work of Hamza and his network. And by the end of the year our goal is to raise an additional $250,000. These funds will be used to deploy multiple teams all across this region to share the Gospel, disciple new believers and establish churches.

Thank you so much for prayerfully considering partnering with JLM to take the Gospel to the unreached!

Reaching the Nations for Christ!

It was such an honor to host Paul Eshleman at the recent Middle East Strategic Summit. Paul is the vice president of Cru (Campus Crusade for Christ), but for 26 years Paul directed the Jesus Film project. Remarkably effective, the Jesus Film has been translated into 1440 languages, viewed nearly 6 billion times and has helped lead over 200 million to Christ! 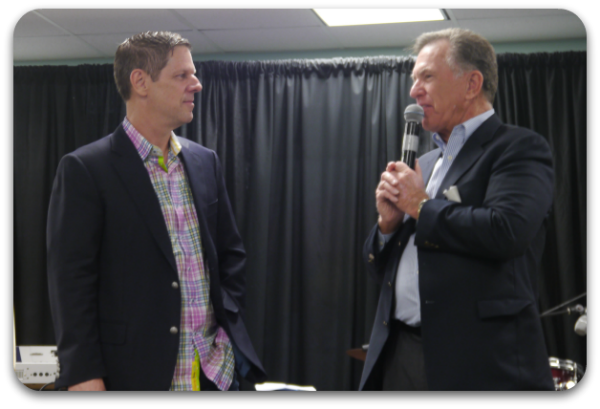