Hope for the Middle East

When Jordan’s friends and family started Jordan Lewis Missions two years ago, I never thought it would expand into what it has become. We simply wanted to redirect beloved friends who wanted to send flowers to Jordan’s funeral instead to getting involved with his life passion: Reaching the Unreached with the good news of Jesus.

With only one percent of world-wide missions dollars going to the unreached, these people groups represent a harvest ripe for a move of the Holy Spirit. For many, a single hearing of the gospel is all they need to wholly accept Him.  It is a pleasure to bring you a story of how one Muslim community in the Middle East found Jesus through your partnership and prayers.

One of the missions teams we funded set out to reach a remote village in the Middle East through a Jesus Film presentation using modern technology in an open air setting. When the team arrived at the village they were escorted by armed guards to the village elder. In rural Muslim villages, the village elder is the gatekeeper of religion, information, and community for all people under his rule. He also has the power of life and death over those who come into his territory. Our Muslim-background missionaries were brave in the face of imminent danger as they explained who they were and the film that they wanted to show the tribe.

Prior to starting the film, the elder ordered most everyone out of the room so that he could have a private viewing to determine what to do about these “Muslim” Jesus followers. As he watched the film, the missionaries could not tell what he was thinking as he remained silent through the entire presentation. To their amazement, when he finished the movie, he asked them, “Is this Jesus only for me and the other tribal chiefs?” They replied, “Isa (Jesus) is for everyone!” 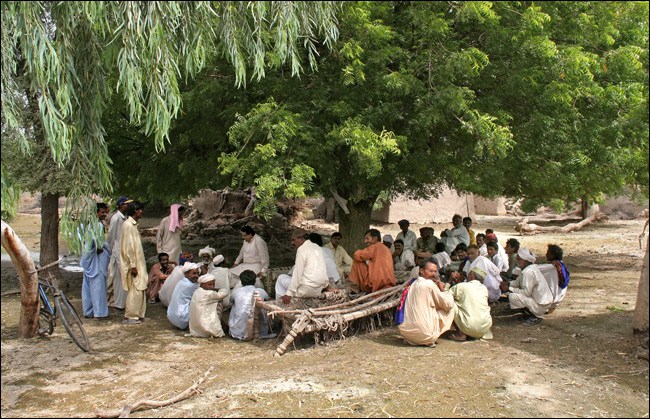 The elder pondered for minutes while the team silently prayed. He then got up and disappeared into a back room, returning moments later with an ornate ancestral scimitar. He confessed that this blade, the “family sword,” was tribal and it had been used to kill Christians and others for hundreds of years. In that moment, what can only be an act of the Holy Spirit occurred; the village elder repented on behalf of the sins of himself, his village, and all those who came before him. He then dedicated and laid down the sword and declared his entire village belonged to Jesus and that it would be a place of peace. Shortly thereafter, the missionaries were allowed to show the video to the entire village and witness the salvation of a complete tribe!

Stories like this rarely make headline news. You may never hear secular media report about how Muslim men and women are finding Jesus and being set free. But it is happening. Muslims around the world are coming to recognize there is no salvation in anyone or anything other than Jesus Christ.

Miracles like this would not be possible without you. God’s gospel is spreading in many nations through your generous help. This is only one of many that I have heard since Jordan Lewis Missions began. I look forward to sharing many more with you as we continue this journey together!

If you would like to be a partner to JLM, or if you serve or lead a church and would like to commit a monthly gift to this project in the Middle East, or other projects, please reach out to our team.